Paul Yuzyk became interested in writing about the history of Ukrainian Canadians as a graduate student under the direction of Professor G.W. Simpson of the Department of History, University of Saskatchewan. He wrote his Master’s degree in 1948 on “The Ukrainian (Greek) Catholic Church of Canada.” He went on to write some of the first scholarly works on Ukrainian Canadians. His key books include: 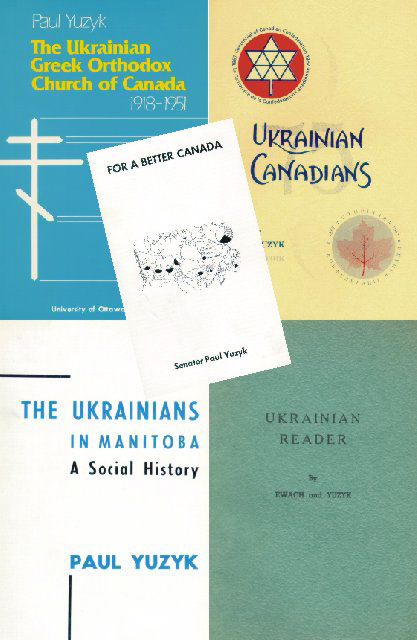 Some of the above books are available for purchase online at these websites: www.amazon.ca and www.allibris.com – search by author or title.

Paul was a prolific writer who wrote hundreds of articles, reports and speeches on a wide variety of issues. For a complete listing of his writings, see his attached 1986 curriculum vitae.

For more information on Paul’s academic career and publications, visit the Biography section of this website, specifically the areas called Academic Career and Senator on a Mission. Also, see link to Manitoba Historical Society/Memorable Manitobans.