The Senator’s Legacy on Multiculturalism

“An early and indefatigable champion of Canadian multiculturalism, Senator Paul Yuzyk of Manitoba, devoted his 1964 maiden speech in the Senate on the subject, saying in part: ‘The Indians and Eskimos have been with us throughout our history; the British group is multicultural – English, Scots, Irish, Welsh; and with the settling of other ethnic groups, which now make up almost one-third of the population, Canada has become multicultural in fact … In keeping with the ideals of democracy and the spirit of Confederation, Canada should accept and guarantee the principle of the partnership of all peoples who have contributed to her development and progress.” 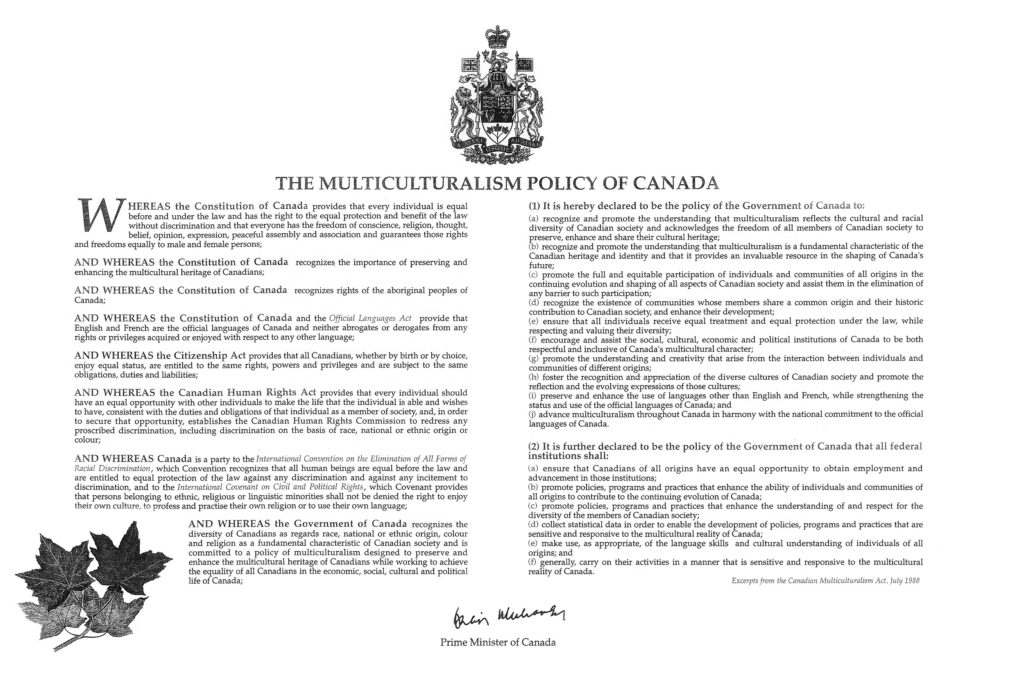 As part of the Canada 150 celebrations in 2017, the Yuzyk family produced a commemorative booklet called Father of Multiculturalism to recognize Paul’s pioneering legacy in defining and promoting multiculturalism, and in advocating for official government recognition of multiculturalism as Canada’s cultural identity. This booklet contains a copy of Paul’s Maiden Speech and a key chapter from an unpublished biography, called Champion for Multiculturalism, written by historians Dr. R.B. Fleming and Dr. S. Cipko. Download the booklet by clicking here.

Canada 150 and Other Links